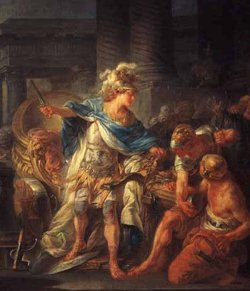 If you’re in HR or recruiting, you’ve undoubtedly been exposed to (and likely believe in) the concept that proactively building passive talent pipelines is critical to talent acquisition success. Some would say that pipelining passive candidates is one of the sacred cows of recruiting – you just don’t question it.

It’s my opinion that the belief in talent pipelines is driven heavily by the fact that it can be incredibly difficult to quickly find suitably qualified candidates once you actually have a hiring need if you don’t already have the right people identified and queued up.

As such, it seems only logical to begin to identify potential candidates prior to your actual need so that when you do need to hire, you have a number of people you can contact, engage, interview and make a final hiring decision from.

Sounds great in theory, doesn’t it?

I thoroughly enjoy sacred cow tipping, and I’m hard-wired to automatically question anything that seems to be generally accepted as truth. So if you’ll indulge me, in this post I am going to expose you to a critical flaw in the actual practice of passive candidate pipelining that no one seems to like to talk about.

What is a Talent Pipeline?

A talent pipeline is a group of people that you have identified and engaged who have skills and experience that closely match a specific future hiring need. You don’t pipeline prospective candidates for a job you’re looking to hire for ASAP.

Talent pipelines typically consist of passive and non-job seekers, because you can’t really pipeline active job seekers as they will likely have taken a new job with another company by the time you are ready to hire.

Once you engage a passive or non-job seeker who looks to be a great match for a future hiring need, if they are interested in the opportunity to join your organization at some point in the future, you may succeed in adding them to your talent pipeline.

What you will also undoubtedly succeed in doing is plant the seed of the idea of transitioning out of their current role and employer.

Once that seed is planted, it can and often does grow beyond your control.

After you’ve engaged them about potential future opportunities with your company, they begin to think more about the next step in their career.

The moment you engage a passive or non-job seeker and discuss the idea of leaving their current employer for another opportunity, you often effectively convert them into a casual or even an active job seeker. It may not happen immediately, but that’s not the issue.

The issue is that you were trying to build your talent pipeline with someone who wasn’t looking for a new job so that they would likely still be available to be recruited when you were ready to hire.

However, once you plant the seed of the idea of making a career move with your company at some point, most people logically begin to wonder about other opportunities – what else might be out there for them.

That’s when they reach out to their professional network. They start to pay attention to all of those calls, emails and InMails they get from recruiters that they have historically ignored. They start to notice those targeted jobs on the right side of their Facebook page.

Fast forward to 1 or 2 months down the road when you actually have funding and final approval for your job openings and you reach out to your passive talent pipeline – what do you think happens?

Although they weren’t really looking to make a change when you first engaged them, you should not be surprised to find many of the people in your pipeline are no longer available, having accepted offers elsewhere – in the worst-case scenario, with one of your competitors!

The inadvertent conversion of passive and non-job seekers into casual and active job seekers is a critical flaw in the concept and practice of passive candidate pipelining that no one seems to like to talk about, most likely because they don’t have an answer to the problem.

Is there an answer?

Is there a better way?

I have my ideas, but I’m more interested in hearing yours.