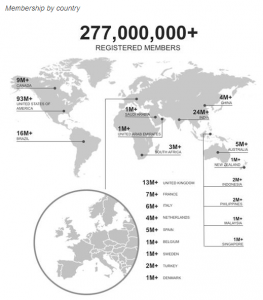 In certain sourcing and recruiting circles, it’s in vogue to say that you shouldn’t rely heavily on LinkedIn for your talent acquisition needs.

In fact, some people will go so far as to say that LinkedIn is “overfished” for talent and that recruiters are lazy if they use LinkedIn as their primary source of potential candidates. Whenever I hear that kind of sentiment, I simply have to laugh. LinkedIn’s latest stats claim 93M+ U.S. profiles.

You might be surprised to learn that most people find, review and take action on less than 20% of LinkedIn’s users, but that’s the topic of a separate post I will write in the near future. In the meantime, contemplate my claim.

Let me share with you an interesting statistic I recently calculated and shared at SourceCon in Atlanta. The U.S. Bureau of Labor and Statistics is showing preliminary figures for total non farm employment in January 2014 at 137,500,000 (I rounded up). 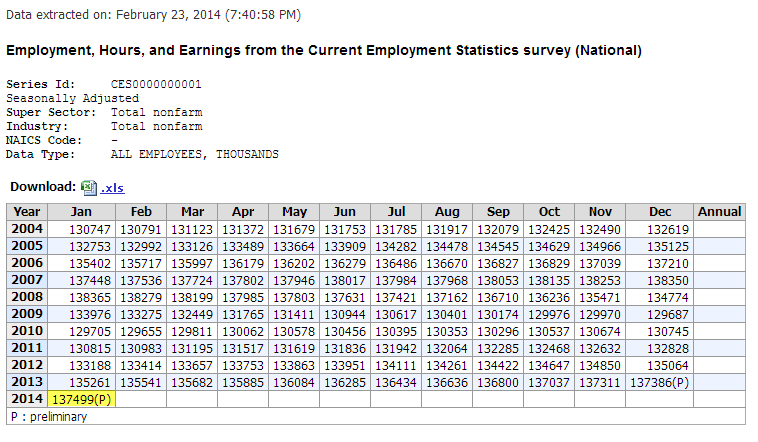 Those figures suggest LinkedIn has fully two-thirds of the United States’ non farm employees as users. 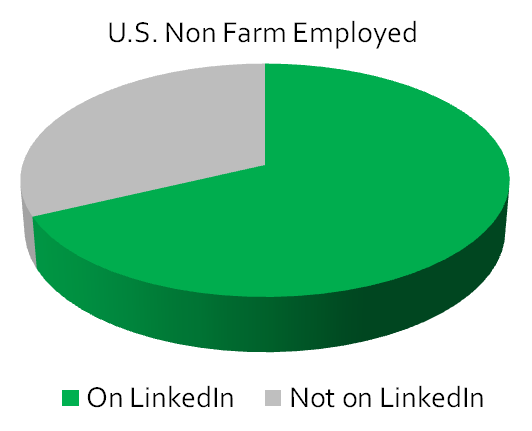 Now, for those of you crying, “But what about all of the fake and duplicate profiles?” – even if there were 10,000,000 duplicate and/or fake U.S. profiles (possible, but not probable), LinkedIn would still represent 60% of the the U.S.’s non farm employment. Also, for those of you saying, “But I don’t see 93M U.S. profiles – I only see 88M” – 88 million profiles still represents 64% of the United States’ non farm employment. Even if we were to use 88M as LinkedIn’s number of U.S. profiles and we assumed a 5% rate of fake/duplicate profiles in the U.S., you’d still arrive at over 60%. Besides, I think LinkedIn knows how many profiles they have.

Of course you should leverage more than one source for your talent acquisition needs – I am not suggesting otherwise. In fact, I’d argue that you should use your own ATS/CRM as your first “go-to” source for potential candidates, for many reasons. However, no one should be called “lazy” for heavily utilizing LinkedIn’s massive database/network of talent. I’d call them smart. For those who feel that LinkedIn is “overfished,” you’re free to avoid the deep end of the talent pool in the U.S. and look elsewhere. The people  and companies looking for the same talent you are will thank you for it. :)